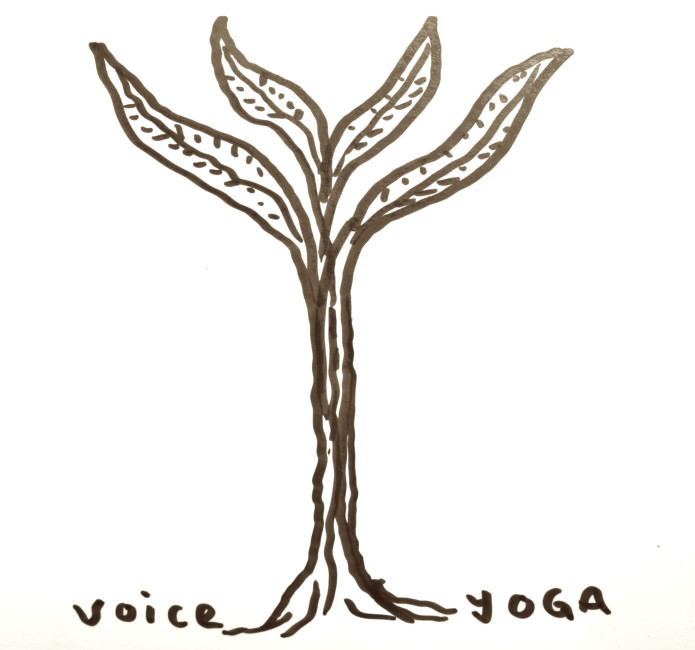 Last week my new Voice of Dao class took off in a festive mood and with enthusiastic responses. This week was the second time students came to try out this new vocal practice, which is open to anyone, and can be joined anytime. Voice of Dao consists of a series of exercises that gives pride of place to the voice as a central, creative force in our existence as speaking, listening, sounding and singing human beings. It promotes awareness of the many roles of the voice in our daily lives. It expands our creative vocabulary, without necessarily talking about music, the singing voice or any musical style. The point is not so much to learn any specific new technique, but to listen with fresh ears to the hidden potential of your voice. Taken together, Voice of Dao is a practice that lets your voice, ears and awareness tap into the abundant sources of creative imagination, which lies at the root of human existence.

After two classes it became clear that one hour of exercises and 15 minutes of rest is too short, and so from next week on the class will be from 10 till 12, every Monday morning.

Until Chinese New Year the dates are:

On Saturday February 2 we are considering having a one-day workshop Overtone Singing again.

Feel free to join the Voice of Dao class any time. The idea behind Voice of Dao is comparable to yoga and tai-chi: the effect of the exercises is gradual. We believe that only with repeated classes you can really learn to connect the energies of voice & sound with the whole of your body and mind. That’s why we ask you to sign up for four classes a time after your trial class.

The price for the new, longer format of the class is 400 NT$ for the first class. After that, you sign up for four classes a time, paying 375 NT$ per class, that is, 1500 NT$ at once. You do not have to attend four classes in a row; we’ll just tick off your presence four times and then you can sign up again for four times.

Please go to Hans & Una’s blog to get the details and sign up.