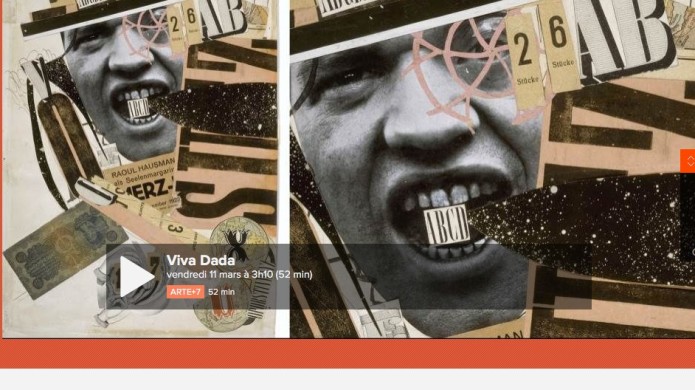 It is 100 hundred years ago since the very first event signified the beginning of Dada, the powerful yet strangely obscure movement in recent art history. Dada will never become mainstream, but it had immense effects on many things that happened afterwards, ultimately resonating in popular culture. Rooted in fierce criticism of the political and cultural establishment, it was an intense exploration of new forms and a reshaping of old ones, mixed with a tremedous dose of absurdism and humor, naturally branching out across diverse disciplines such as poetry, prose and performing arts, theatre and fine art. To celebrate the centenary, the European culture/arts channel ARTE presents a documentary about Dada, which is available for online viewing only this week: I’ll give you the details after this story about how Dada continues to live on. 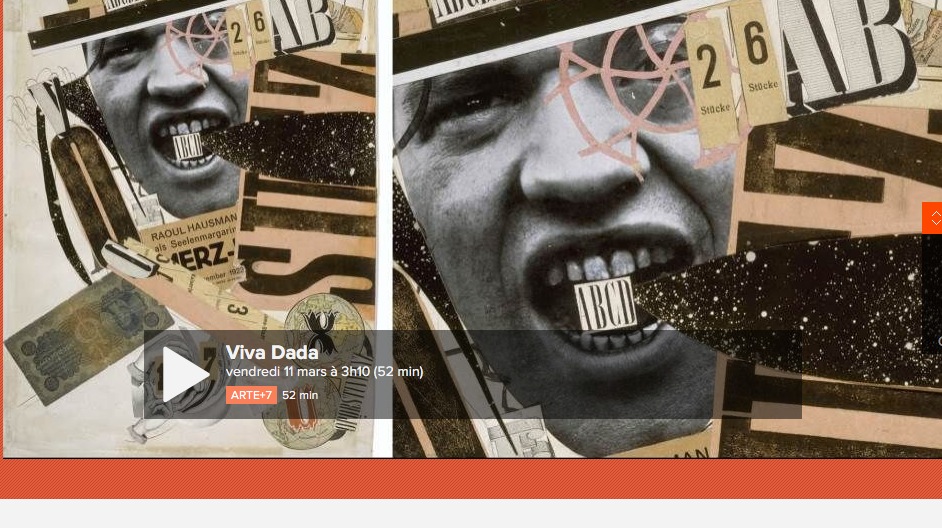 Dutch vocal performer Jaap Blonk is one of the artists with a busy schedule to celebrate Dada’s birthday. He is the performer of choice of one of they key works of the Dada movement, a poem existing of nothing but (mostly) meaningless syllables: the Ursonate. Some of us had the privilege to see Jaap Blonk perform a full version of Kurt Schwitters masterpiece, written between 1923 and 1932, in Taipei a few months back. It was a memorable event for many, since this form of radical sound poetry is relatively unknown in these quarters: many audience members were visibly impressed by Blonk’s unplugged, yet powerful and physical performance. I watched it from backstage, from where I could closely follow Blonk’s antics and the audience gazing. I could almost read the piece on their faces, which showed awe, fascination, puzzlement, laughter and many other expressions.

Blonk did the whole thing by heart. When I asked him how he managed to learn it, he explained that he didn’t learn it at all. In the early 1980s he just discovered the poem, he read it and later read it again, simply out of curiosity, without any intention to memorise or perform it. But then, since he knew it and some friends in his circle learned about it, he was asked several times to perform it. He got invitations to be the opening act of some punk or New Wave band in small local venues, with mixed results. In any case few people (if anyone) knew what this was all about, and sometimes he had to endure beer thrown at him. It was all part and parcel of the alternative music circuit at that time (and thereafter, I guess). To make a long story short: after a while he noticed he did not need the text anymore and whenever he was asked he would perform it, while at the same time he was more actively involved in playing and composing for the saxophone (which he played himself) and for the other musicians he played with.

Jaap Blonk’s true interest in the voice came to the foreground only later, and happened something like this, he told me: it was well after the time (the early 1980s) he began doing the Ursonate. So far, he did not so much perform Dada’s piéce de resistance, he rather just recited the text. But then one day he came home and played a record of Archie Shepp, the energetic free jazz sax player. He started to ‘play’ along with Shepp, using his voice, producing all kinds of noise, together with the musicians on the record. Some moments later he realised that the record had finished, while he was still going on. That moment turned out to be a revelation for him, he explained. He now discovered that he was better at trying out new techniques, sounds and noises with his voice than with his sax. Eventually Blonk lost interest in the sax. He said in October he did not play it anymore for twenty years now, and indeed, most people now know him as a vocal performer. He did many more interesting pieces from Dadists and others from before the middle of the twentieth century, as well as his own work, which shows traces of Dada but goes in many different directions.

But hey, here is a chance to go back to the source, check it out on ARTE. There is a French and a German version available (here in Taiwan, for some reason the French version says it does not play where I live; the German version works alright).
Für unse liebe Deutschsprachige Freunde empfehle ich die Deutsche Version.
http://creative.arte.tv/de/article/viva-dada

And I wish all those who neither speak German nor French lots of fun watching the documentary through this link here. For you the whole program will be one big feast of unintelligible proclamations!
http://arte.tv/guide/en/?zone=world