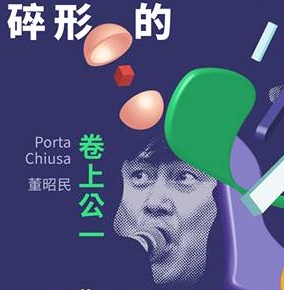 The second Taiwan International Improvised Music Festival (TIIMF) is in full swing, with many events in Taipei and some in Hsinchu. It is great to be involved again, like two years ago when Jaap Blonk came over from the Netherlands for the kick-off of the festival’s first edition. I played host for Jaap and will do the same now for the guest arriving next week. Even though he lives close by, in Japan, it will be Makigami Koichi ‘s first visit to Taiwan. Friends of Taiwan! After a carreer spanning some 40 years, moving in wildly different directions, here is a chance to finally hear, see and even make music with your charming neighbor!

I first met Makigami in Kyzyl (Tuva, Siberia) in 1995 during the International Festival Khöömei. Our paths crossed many times since then, in New Zealand (where we performed with and on the invitation of Phil ‘Dadsonic’ Dadson), New York (where we had a concert the same evening, but in different places; I caught the tail of his performance with John Zorn and others and joined them for a bite afterwards), Germany (where we did a duet which was displayed live on a big screen as a Cymatics graph by Lauterwasser), Amsterdam (for the International Jew’s Harp Festival, where Makigami joined our band Oorbeek) and of course Siberia. More than Jaap Blonk, who sees himself primarily as a composer, Makigami is an improviser at heart. 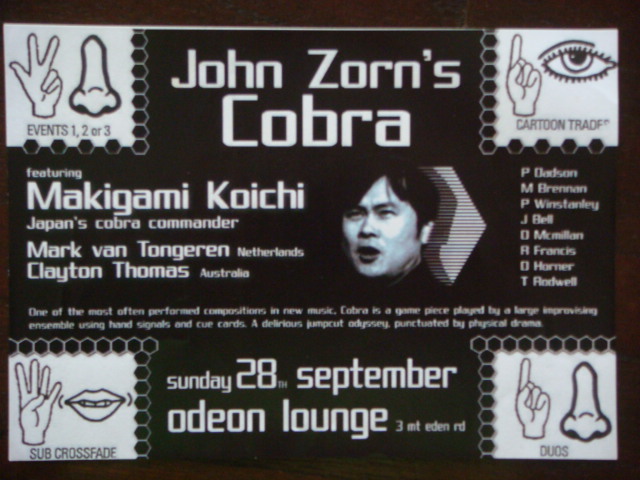 I’ll never forget how Makigami entered the stage in Siberia to deliver his version of Tuvan throat singing in 1995: he walked in firm, big steps towards the mic, effectively starting his performance not after installing himself behind the mic and getting prepared to sing, but at the moment he appeared from the wings. His performance was hilarious, blending throat singing with other theatrical voices.

It’s hard to nail down where Makigami belongs musically: better not to even try. In 1979 he received national pop-star fame with a rather experimental, faintly New Wave-inspired song.

Shortly before that, he and his friends had formed a rock band called Hikashu (ヒカシュー), even though they started out with an interest in exploring theatre a year earlier. They were not quite interested in staying in the business of producing pop/rock format material and moved in new directions. This can clearly be seen in a documentary from the early 1980s, where we see the band exploring all sorts of absurd, mystical, comic and intellectual ideas and performances. I do not understand Japanese, but anyone can see they explore a huge range of performance techniques.

One of these techniques I knew from my studies in ethnomusicology, which included one semester devoted to Japanese music. We discussed the case, and listened to the recordings, of Buddhist monks (if I remember well), who would pursue a state of being where they let go of their ego-bound consciousness in such a way that they would squarely fall on the ground. We listened to the recording (chanting and bells, I presume) and suddenly heard a loud thud of a monk’s body dropping down; and then another one, and another one. I tried hard to understand how to do that without seriously hurting yourself (I pictured them falling forward). It definitely stands out as one of the most intriguing music-theatrical rituals ever invented.

Well, I found out one possible way to do it when watching the Hikashu documentary. All the band members let go and drop themselves on the floor, almost without counteracting the crash. If you want to try: the movement goes backward, not forward. It seems a thick mat or padded floor is used, by the sound of it (it still looks like a wooden floor). Painless it wasn’t it, at least not every time, so much is clear. It takes practise and guts.

(for the video link of this fragment, scroll down). 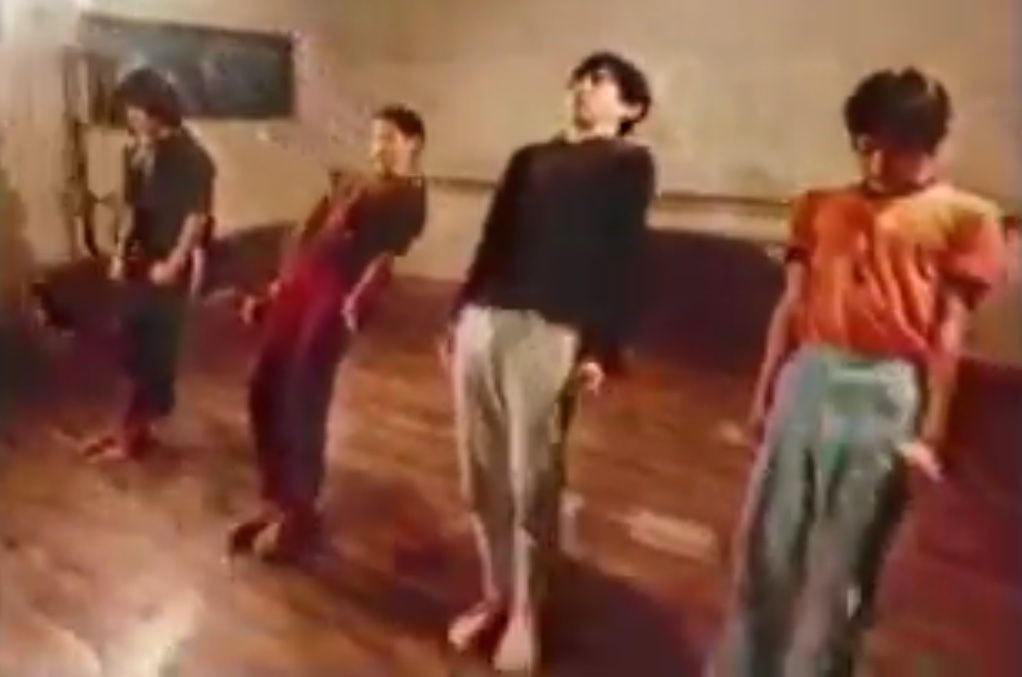 I knew for a long time I shared many musical passions with Makigami. The first one was obviously throat singing, then we both love the Jew’s harp. Later after I joined Oorbeek, I met probably the biggest fan of Hikashu and Makigami Koichi in The Netherlands, Maarten Hepp. And just at about the same time I did some improv work with Koichi in New Zealand, playing Zorn’s Cobra under his direction. But after viewing this documentary some years ago I see there is a whole range of body work and conceptual experiments he did in the early days.

It is therefore a great pleasure to also host a workshop with Makigami, who ignited some of my own improv teaching work when jointly presenting a workshop in New Zealand in 2003. He had a fantastic way of inviting and encouraging people to join in his musical experiments, and this lingered on in my own teaching. Next Sunday, November 26, Taipei residents have a chance to work with an original master of musical invention.

I asked him for the requirements of those who are going to join.

He dryly replied “no technique”.

Any styles people should know or play?

愛雷克雅維克實驗室, 台北市濟南路一段7號B1, Taipei. Full details and registration: on Accupass and at the bottom of this post.

Concert “National Song beyond the Voice”

Improvisation music/dance with Makigami Koichi and Mark van Tongeren and one female dancer.

For which the single version is here.

This afternoon is for anyone interested in improvising with sound and music, from professionals (voice/instruments) to absolute beginners. Makigami Koichi is one of the special international guests for the second Taiwan International Improvisation Music Festival, doing several gigs around Taipei in this week.

Mr. Koichi is a master at manipulating groups of musicians, from absolute beginners to the most experienced professionals, and to let them create something never heard or seen before.

Powerful yet playful, with a body-language that is at once authorative and disheartening, Makigami Koichi could even turn a group of meek lambs into a fantastic bleeting-orchestra.

This man is breathing music and you cannot help breathing along with him, so that music, noise and theatrical antics will start to pour out of every pore of your skin.

As a (former) avant-rock star, an extremely versatile vocalist, the bandleader of Hikashu for almost 40 years, and as a multi-instrumentalist, Makigami has steered through numerous Japanese musical landscapes. He redefined the horizon of music in Japan, and far beyond.

Most of all, he understands group dynamics and, with few words, can guide people who never met before through a diverse musical landscape.

Musicians, non-musicians:
it’s Mr. Koichi’s first visit to Taiwan.
Join this unique event.
You will not regret it.

BIOGRAPHICAL
Makigami Koichi is a renowned vocal performer and multi-instrumentalist who has been playing around the world for years. He rose to fame as the singer of the New Wave/rock band Hikashu in 1979. Soon thereafter the band sought more freedom, incorporating elements of spontaneity and improvisation into their music.

With some changes, Koichi and his collective continue to play a significant role in the cross-over field of rock-jazz-improvisation in Japan and around the world, with recent tours in Europe, Australia and the US.

Besides solo work, Makigami played with prominent jazz/experimental/avant-garde musicians like Derek Bailey, John Zorn, Ikue Mori and Fred Frith. He has visited Tuva/Siberia since the early 1990s and organised many tours and published CDs of Tuvan and Altai music in Japan. He is also a co-producer and the main curator of the avant-garde jazz festival Jazz Art Sengawa in Tokyo.

What happened after 1981 and recently, just check out Makigami’s websites.

And his website, proudly maintained by the artist himself since 1995 with the ancient but still working hypertext content. Proof of Makigami’s dedicated DIY spirit.