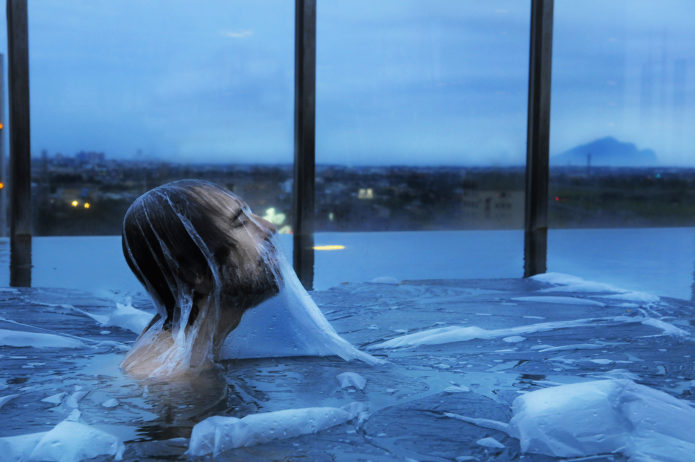 Catching my breath without oxygen.

14th June 2019News, People, 中文breathing techniques, Ming-Hwa Yeh
中文請往下滑
A strange coincidence that my last post here was about breathing, too. Or maybe not, as breathing is such a central part of my work.
Last week choreographer Ming-Hwa Yeh (葉名樺) invited me to join her for a late-night performance on the roof of the Wellspring Spa hotel in Yilan. Because of our travels, we had no time to rehearse except for the day itself. It was to be an adaptation of several performances we had done in previous years. We used plastic before, so she brought large sheets of plastic again. And she asked me to spread out the plastic on the water with her, then swim under it and come up. I then was trapped in a space where no fresh air entered.
Breathing out enlarged the space around my head a bit. Breathing in pulled the plastic back. As soon as the plastic closed off my mouth that was it (or almost, sometimes): no more air.
This was a very fun way for me to use breathing techniques. I first developed those as a kid, when I swam almost every day, or even several times a day. Later I learnt more from overtone singing, which naturally lowers the frequency of your breathing and induces a more controlled breathing. And later again from yoga and finally pranayama.
In the last 10 years I discovered all the games I can do with my kids in the swimming pool. Like playing dead: I completely relax my body, face down into the water. They start to move me up to get my head out of the water (too heavy) or push down and stand on my back (easier). Either way I would often stay under water for a minute, if possible. 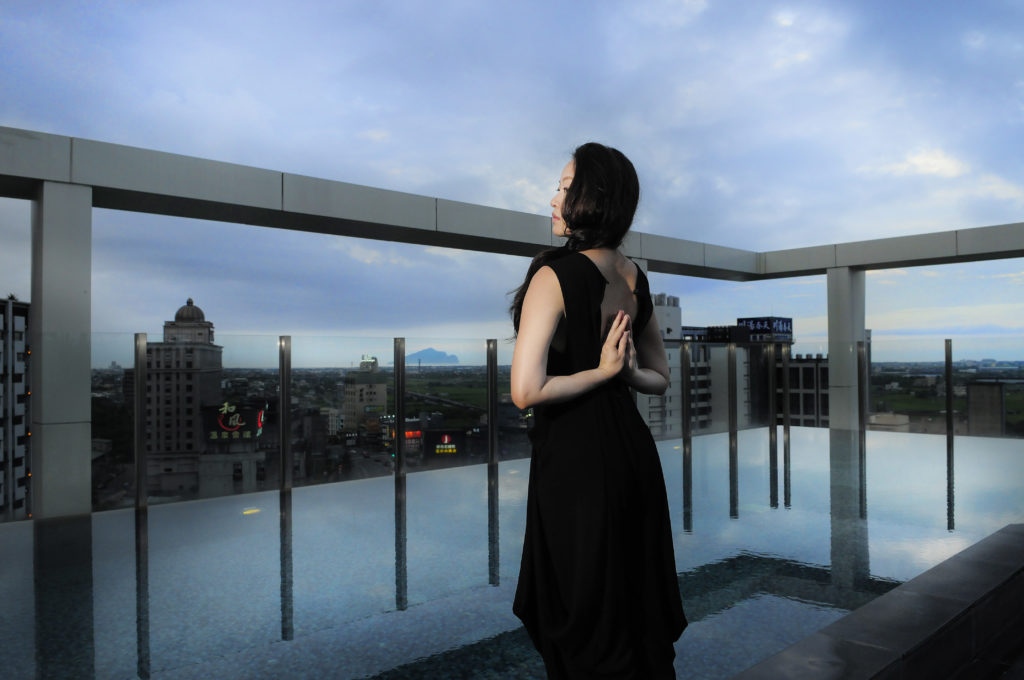 Ming-Hwa, on the contrary, cannot swim – she never learnt it. And yet she made herself look convincing in the water, as if she could swim. And she had no fear of the water even when I pulled her to swim underwater (maybe I was more scared than she was) .
This is an almost one-off performance: last week for the press, we repeat it next week for the public. What a great way to stay in a hotel with a sky-high swimmingpool and the Pacific Ocean with Turtle Island/Guishan (龜山島) as a backdrop. 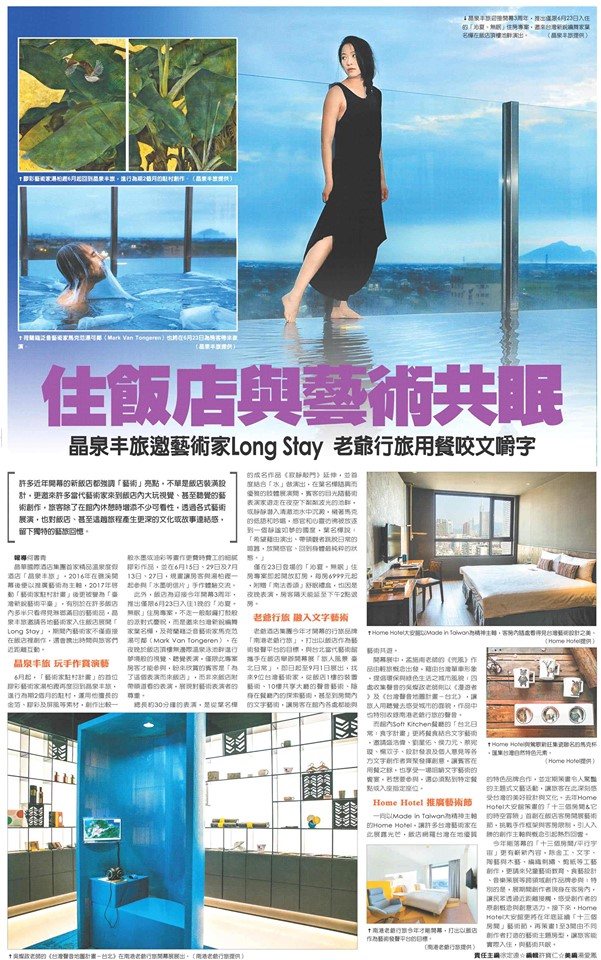