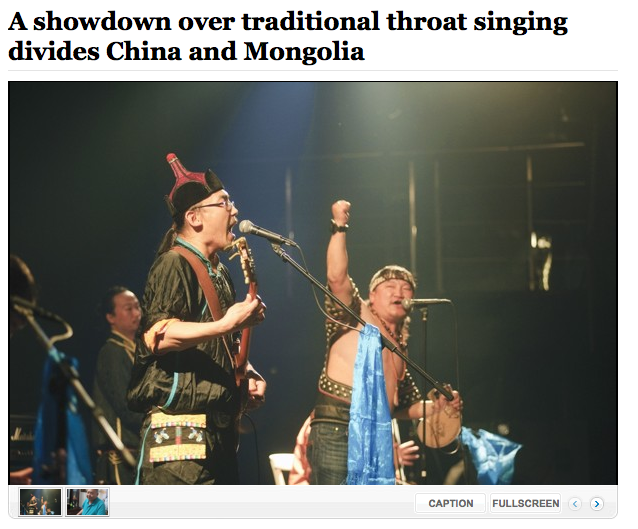 In September/October 2009 I was in Abu Dhabi to make a case for Mongolia’s endangered tsuur tradition for the UNESCO. At the same UNESCO meeting, I was very surprised to see that China had nominated Mongolian throat singing as part of its indigenous cultural heritage on UNESCO’s Representative List. The nomination was read aloud before the voting, and projected on two big screens, one in French, one in English: 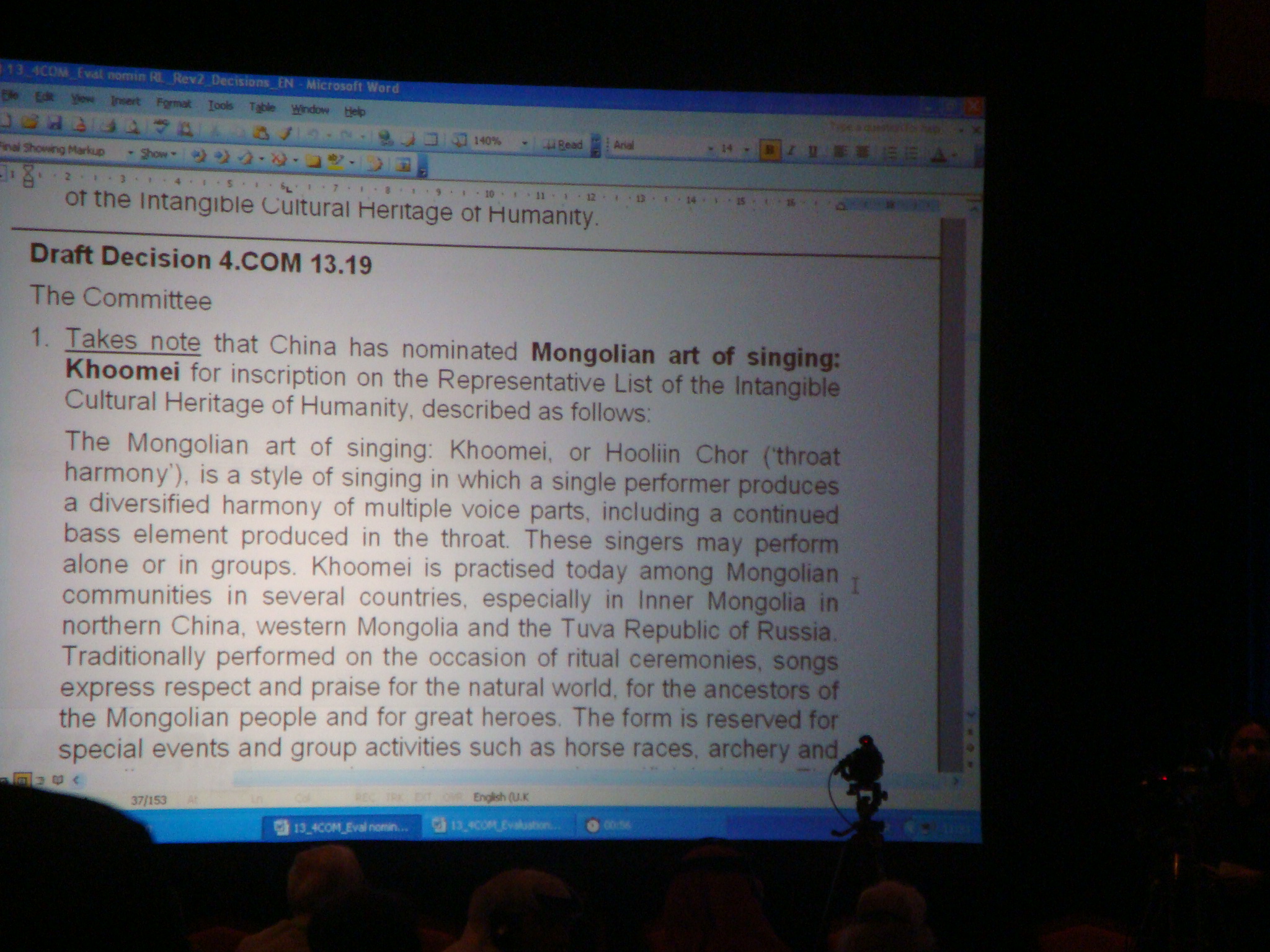 I remember how in the 1990s, the decade when I was doing intensive research into traditional practices of overtone singing in North Asia, I could not find any substantial information about throat singing among the Tuvans and Mongols in China. Several eye-witnesses, like Erika Taube from Leipzig (Germany), Carole Pegg from Cambridge (UK) and Marina Mongush from Kyzyl (Tuva/Russia) had not encountered throat singers during their research among these ethnic minorities within Chinese borders.

But in 2009, the assembled UNESCO members from across the world had little or no clue about such circumstances, and accepted China’s claim just as they accepted more obvious (and truly) Chinese claims like Chinese calligraphy. The point is not that Mongolians from Inner Mongolia cannot do throat singing: the band Hanggai (photo above), comprised of musicians of Mongolian and Chinese descent, has clearly shown in China and elsewhere that they can do it, as do other singers from outside the Altai area where this technique supposedly originated.

The problem is that the Chinese government falsely claims there has been a living oral tradition of throat singing among its Mongolian communities until the present day, while in fact the tradition was lost a long time ago (and this only if the claims that it once existed in China are correct).

The Chinese nomination caused surprise and outrage among native Mongolians from the Democratic Republic of Mongolia, as Washington Post journalist Andrew Higgins points out: