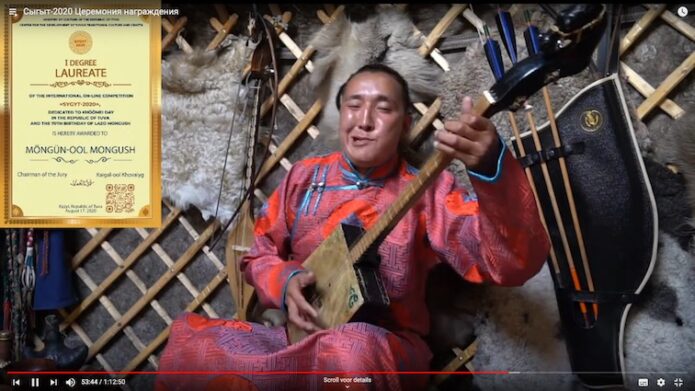 Monday it was Khöömei Day again in Tuva. This year it was celebrated with an online throat singing competition, in the style sygyt. Besides a majority of Tuvan performers, singers and throat singing lovers from many countries took part. So this is the first time the world could watch, almost live and simultaneous, the proceedings of this event – and several khöömei aficionados did despite some glitches.

I just checked the videos, with great sadness as I was supposed to be in Tuva myself these few weeks. And I also really regretted that in the end I did not submit my own contribution. Nice to see that others, of all levels, sent in their own versions from around the world (but hey don’t sing kargyraa instead of sygyt, know your styles!; ‘check the rules next time’, Kaygal-ool told you when he spoke in Tuvan on behalf of the jury).

All submissions were already in by August 10. So what you can watch is all the videos that came in, in chronological order, starting, accidentally, with Dutch Mongolian khöömii virtuoso Rowan Hartsuiker, who filmed himself in his yurt at home in Holland. Not many performers had such blessed, appropriate backgrounds: some sought out nature, others were at their ‘ordinary’ homes, living rooms, etc.

The playlist is here: you probably see it starting from “72 участник” or the 72nd participant. You can scroll down to “1 участник” if you like and go all the way up. Perhaps you need to select a video on top to see the next 20 or so items. Your American-speaking host here is Sean Quirk, a long-time resident of Tuva who first went there I think about 15-20 years ago for … you guessed it!

Here is one of the participants, Andryan Öpei, whom I recorded 20 years ago as a teenager. He is the son of Andrey Öpei. He sings the same song I recorded in the year 2000 first, then goes on to add something I have not seen before by a solo throat singer, a kickdrum, in the next song.

For this he deservedly got the prize for “Unique ornamentation of sygyt.”

Towards the end of the playlist, after no.70,  you will find the award ceremony, which is bi/trilingual (Tuvan, English, mostly, some Russian).

It is rather energetic, smooth and quick: no waiting for changes and microphone adjustments between performers, no breaks, not hours of discussion for the jury. Everything was prerecorded except this ceremony. The first 25-30 minutes there is the celebration of the birthday of shaman/singer Lazo Mongush, who usually performs a ritual in open air on Khöömei Day (and probably did so Monday morning, too). Then there are speeches by prominent throat singers, the Minister of Culture Aldar Damdyn, himself a fine throat singer and instrument maker, and jury member Kaygal-ool Khovalyk, of (need I say it?) Huun Huur Tuu fame, and others.

Photos of Lazo Mongush at the early morning ceremony of Khöömei Day 2018 (by Peter Oud). 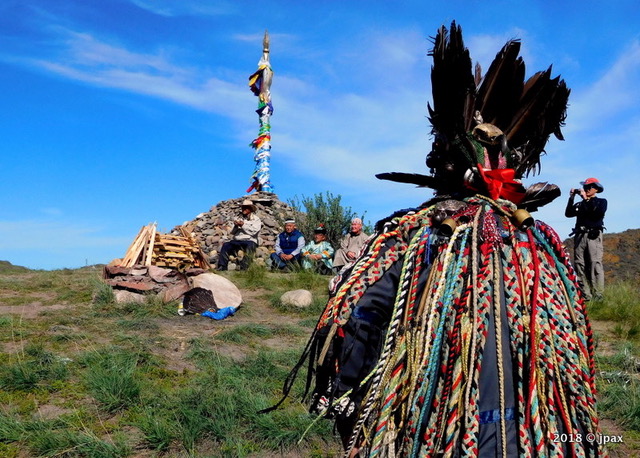 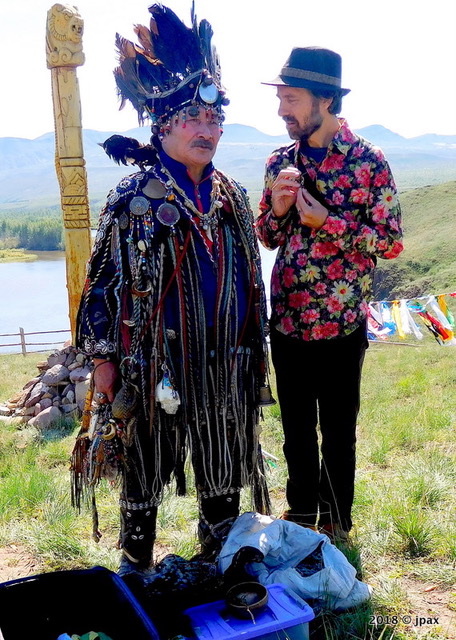 Photos of Lazo Mongush at the early morning ceremony of Khöömei Day 2018 (by Peter Oud).

From about 20-30 minutes in, you can see the countdown of prizes awarded and get an idea of what the Tuvan jury gives prizes for. (see the link above).

The highest awards are the laureates and the Grand Prix.

The first of three laureates is another great Dutch singer (sorry, can’t help it, but he is impressive). Well done Frodi Fransman and congratulations for making it among the league of Tuvan winners!

And here is Laureate Number I, from Tuva, Möngün-ool Mongush, who gives a little new twist to traditional melodies by modulating. Overall superenergetic performance with some great animal imitations.

The Grand Prix went to Lopsan Mundukai who has a more traditional approach, no surprising modulations here, but meticulous sygyt nevertheless.

Fantastic that the Tuvan Cultural Center was able to organise a throat singing festival in this way for 2020, and let us all enjoy it. Many thanks Тыва Töп! Hopefully next time we can travel to Tuva again!