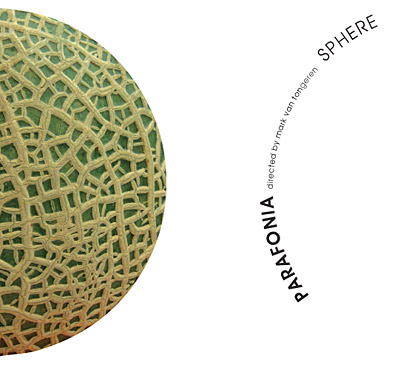 FORUM Interview about Thresholds of Audibility

There is an interview about my research for the University’s FORUM magazine, with some tracks of the Sphere album. You can read it here in Dutch:

and this is the English translation:

In The research of … Mark van Tongeren, doctoral student at the Academy of Creative and Performing Arts, tells about his research int new possibilities of multi-voiced overtone singing. “We are making audible a strange world of harmonies, that is hidden behind every word that we speak.”

Tell something about yourself, how did you arrive at this research topic?
For some twenty years now I am studying the foundations of sound, among others from (ethno)musicological and artistic perspectives. It all began with the question: what is sound colour? I tried to find answers to that question experimentally, because I thought something of the spectral analysis that we saw at acoustics classes must be retracable in our experience. After a little while I recognized in my voice specific resonances, so-called overtones, and I taught myself to sing in two voices. The unfamiliarity of the phenomenon of overtone singing taught me, as a musicology student, that this was an interesting area of study that I could help develop. I went to Tuva, in Siberia, in 1993, where the world’s best overtone singers live: in that time it was almost terra incognita for Westerners. Those fieldwork experiences raised my curiosity about the wider role of music and sound in society, vice versa. More research trips to Asia followed, and I wrote a book in which I assembled existing knowledge about overtone singing. Parallel to this I developed my vocal art and did theatre projects. Through my teaching post at the Royal Conservatory in The Hague I heard about the inauguration of the Faculty of Creative and Performing Arts. The combination of science and art has always attracted me, and now I can solve some burning issues as a PhD student.

Can you tell what the research programme is about? Which is the central question?
I discern two main themes in my research programme Overtone Singing and the Thresholds of Audibility: one concerns a niche within a niche of music, the other rethinks and articulates what that means for the way in which each human relates to the world acoustically. My starting point is the artistic research into new possibilities of multi-voiced overtone singing. In fact I am not doing more, but less than what already has been done: together with others I show the matrix that is the foundation of the singing voice, without frills. This is done with the help of Zero(points) (Nulpunten), a series of systematic sound structures in which fundamental tones and overtones ‘meet themselves’ as it were. We are making audible a strange world of harmonies, that is hidden behind every word that we speak. Everyone speaks with the help of overtones, but nobody hears them, because speech is founded upon strategic transformations in our perception. That is the reason, secondly, for a deeper investigation of reality and illusion of our auditory world. For example, overtone singing is often considered a spiritual phenomenon, despite the fact that it is founded upon a way of listening that could be called rather empirical or phenomenological.

On 0.29/3028 three singers execute a variant of  Zero(point) 29, which exists of an almost endless series of permutations. In a simialr fashion Parafonia has recorded hundreds of chords, rather systematically and without frills. A selection of the Zero(point)s, starting with 0.32, forms the artistic part of the PhD, and its leitmotiv. They are further approached from the viewpoint of science, philosohpy and belief.Listen: 0.29-3028 (mp3)

What are the most exciting parts of the project?
I am tempted to select the artistic part of my research, for which I founded my laboratory Parafonia, as the most exciting part. Without a doubt the vocal experiments, in which performance – and theatrical elements also play a role, are the driving force behind this project. Within that, the composition cycle Zero(points) takes a special place, because it is something that has never been done before, while in my view it deals with fundamental knowledge and skills in music and acoustics. It is interesting both artistically and conceptually. On the other hand, it is just as exciting to think about what is nót very specific about this obscure way of singing, but what this way of singing lays bare about acoustic reality as such. You hit upon fundamental illusions in our perception that are comparable, for example, to the gaping rift between the space-time of modern physics and that of our everyday experience.

What do you hope to achieve?
For the short term, until February 2010, I hope I will be able to write down my thoughts crystal clear and to record the sound likewise. These are important conditions to get my research across to people. It is my intention that singers, composers, and my group Parafonia do much more with this material. Apart from that, I am aiming at people who have an interest and passion for music, who want to satisfy their curiosity with sounds that, from a musical and aesthetic perspective, try to get to the essence of sound.

How do you like the life of a researcher at this faculty?
I find the wide scope of the Academy of the Performing and Creative Arts  in the international framework of docARTES very stimulating. The first two year every PhD student joins monthly meetings with other musicians and composers, to talk about the theory and philosophy of artistic research. Philosopher Marcel Cobussen and theoretician Henk Borgdorff have given many impulses for the development of the new area of artistic research, together with a host of international guests from the musical and scholarly world. That was rather intensive, and to some extent I now miss the frequent exchange of ideas. Here in Leiden I have the privilege to work in a beautiful building on the Rapenburg with excellent acoustics: we have recorded the best Zero(points) here, among others in the kitchen, and not in the chapel in The Hague where our new, audiophile Cd Sphere was recorded. Hopefully the Academy of Creative and Performing Arts remains in this building for a while so that we can continue to realize our crystal clear recordings in ideal acoustic conditions.