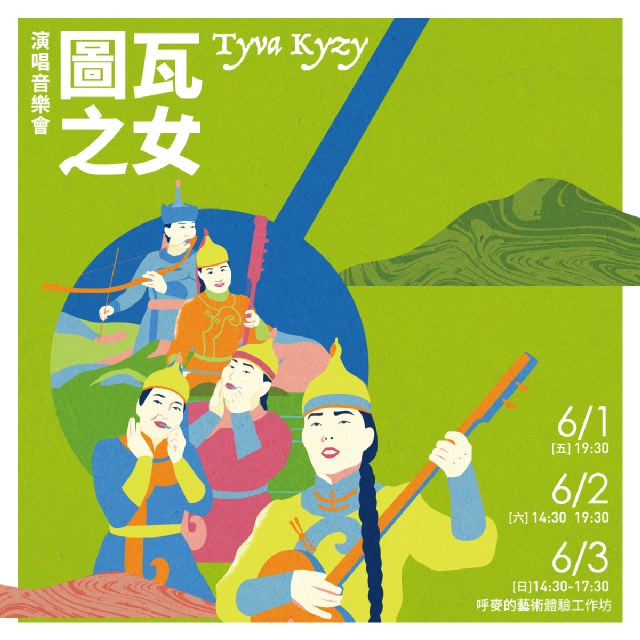 In 2015 I organised concerts and a workshop for Otkun Dostai and Choduraa Tumat here in Taiwan; in 2017 Choduraa came back for more concerts. Now her group Tyva Kyzy celebrates its 20th anniversary and they all come over to play in Taipei. I am very happy that this time around, the Taiwan Traditional Theatre Center (臺灣戲曲中心) is hosting the shows.

The tour starts in Korea (end of May), and continues after Taiwan to Japan (after June 5), Hawaï and mainland USA (second half of June), Europe (early July: Netherlands, Norway and Germany) and through Moscow back to Siberia (where we’ll meet again at the occasion of our Sound Journey to Tuva).

Meet the five singers here below and read more about the groups’ history.

But first the events details and ticket-links:

3 Concerts, on Friday June 1 and Saturday 2
1 workshop on Sunday June 4. Only very few tickets left!!!
1 lecture on Saturday May 5 (by Mark van Tongeren, with Chinese translation) 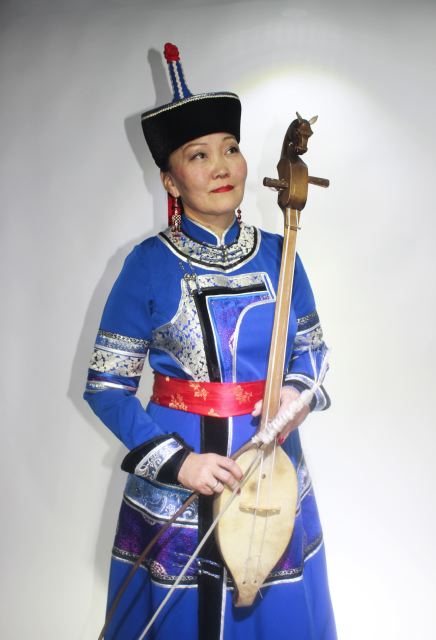 “Tyva Kyzy” (‘Daughters of Tuva’) is the first and only female group that performs all the styles of Tuvan khöömei (throat-singing). Customarily, women have been prohibited or discouraged from performing throat-singing. Since their formation in 1998, Tyva Kyzy is changing the history of throat-singing, and creating a new future for the next generation of female throat-singers in Tuva.

Tyva Kyzy was founded by Choduraa Tumat in 1998, and they were pioneers for performing this unique traditional technique of Tuvan throat singing as an ensemble. The throat-singing, or khöömei in the Tuvan language, is still considered to be a domain of male singers. 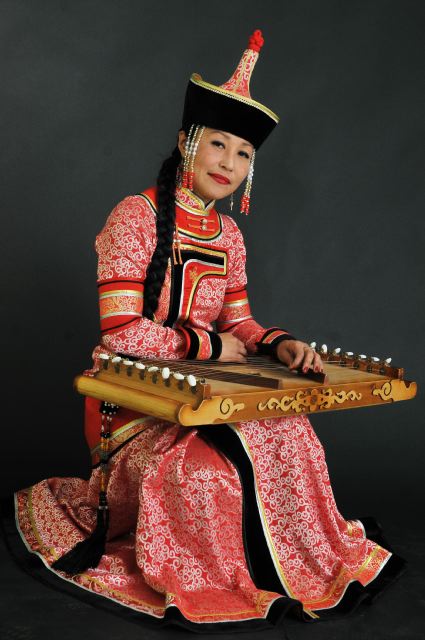 The group was given an implicit blessing by the late great khöömei master Oorzhak Khunashtaar-Ool, who heard women doing throat singing at a young age. He favoured its development and called for ‘daughters of Tuva’ (or tyva kyzy in Tuvan) to spread female khöömei, shortly before he passed away in 1993. Choduraa Tumat has made this her mission and it has proven to be a relevant one.

Shortly after they were founded, in 2000, I interviewed and recorded this new group. Then we travelled to a small village festival at the border of Mongolia to honour Choduraa’s namesake, Gennadi Tumat, a highly influential throat singer who had died just a few years before. The song I remember best from their repertoire was a very moving lullaby or öpei, arranged for ensemble voices and instruments. And of course their throat singing. 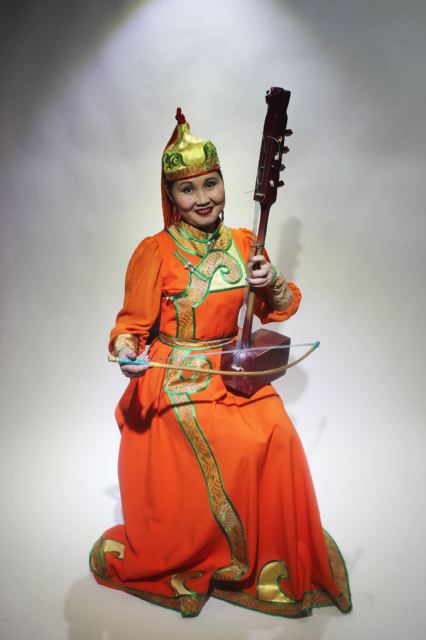 Khöömei, a special group of techniques of overtone singing, is typical for only a few peoples of Inner Asia that traditionally lived a nomadic existence. In Tuva it reached a level of great refinement with a large variety of styles: sygyt, a spectacular whistle-like kind of throat singing; khöömei, a more subtle technique based around vowel-like overtones; kargyraa, where the voice reaches incredible low pitches, also vowel-like overtone melodies; two especially skilled techniques mainly performed by the best singers: ezenggileer and borbangnadyr, and several other varieties which are rarely heard. The three throat-singing members of Tyva Kyzy master all of these techniques and can even create further variaties.

Tyva Kyzy also plays many of Tuva’s traditional musical instruments: the two-stringed horse-heard fiddle igil, the musical instrument that is most revered and most difficult to play among all Tuvan instruments; the two-or three stringed doshpuluur, a long-necked lute; the four-stringed fiddle byzaanchy; the table zither chadagan; the khomus or Jew’s harp, made of metal, bamboo or wood; and the dunggur or shaman’s drum as well as the duyug or horse hooves, percussive instruments which emerged during the big transformations in the 1990s and 2000s for rhythmical accompaniment of songs and instrumental music. 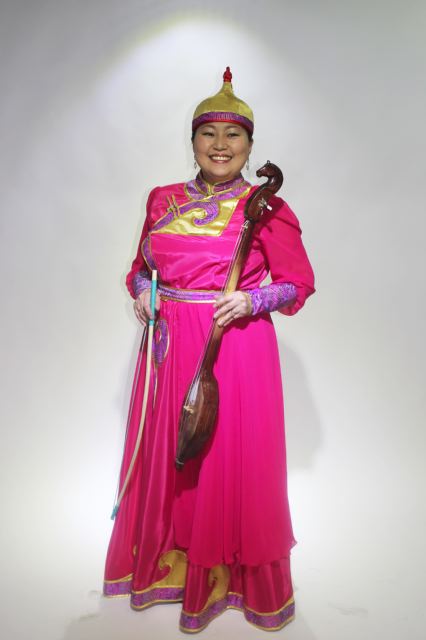 Tuvan songs often deal with the living environment such as the steppe, mountains, rivers, taiga; feelings of love, longing and loneliness; comparisons of human and animal beauty and behaviour, like comparing the charms of a beautiful girl to those of a great horse; or they playfully and humorously comment on everyday life in quatrain songs.

The group Tyva Kyzy is artistically driven by Choduraa Tumat, who studied music in Kyzyl (Tuva) and Ulan-Ude (Buryatia). She masters nearly all styles of Tuvan throat-singing and plays various traditional instruments: doshpuluur, chadagan, khomus, igil. She is also a lecturer at the Pedagogical College of Tuvan State University, a tireless researcher of Tuvan musical traditions and she maintains a large international network. When she brought together the first collective of enthusiastic young ladies to break the age-old taboo on women singing with throat techniques, in 1998, she faced the complicated task to adapt the male songs for female voices. The core questions she asked herself were: “how is a female throat-singer’s performance different from that of men?” and “what special styles are particular to female throat singers?” Now it is twenty years later and Choduraa Tumat is still looking ahead. She has many plans and ideas for the future, and Tyva Kyzy keeps blending in new and old songs and pieces with twenty years of group repertoire. This World Tour is a great opportunity for fans and students of Tyva Kyzy around the world, and for those who have never heard them, to witness the versatility and evolution of Tuvan music, performed by live musicians from a remote corner of the globe. 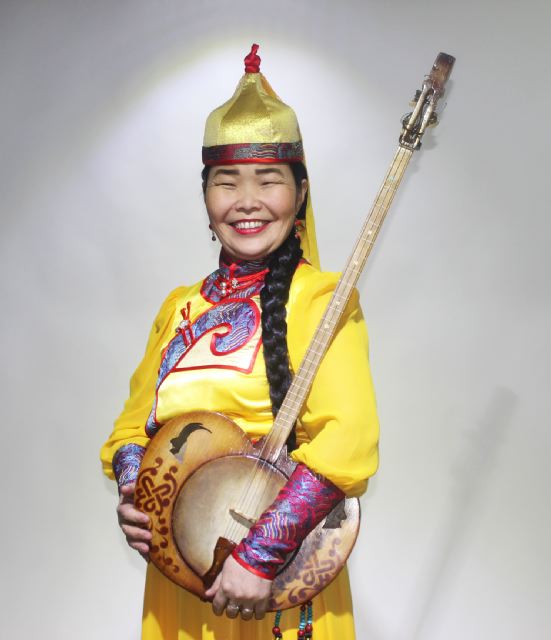 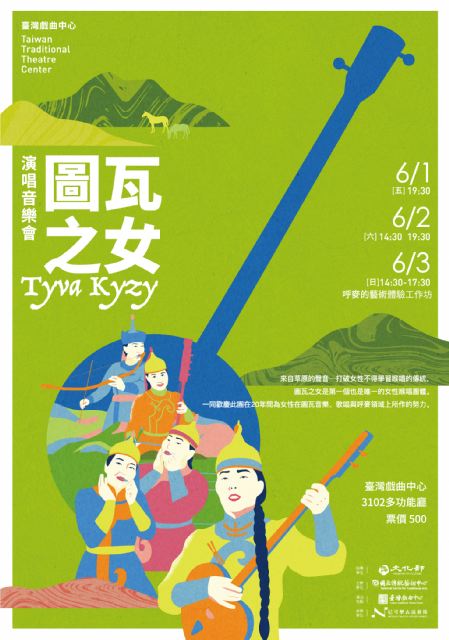