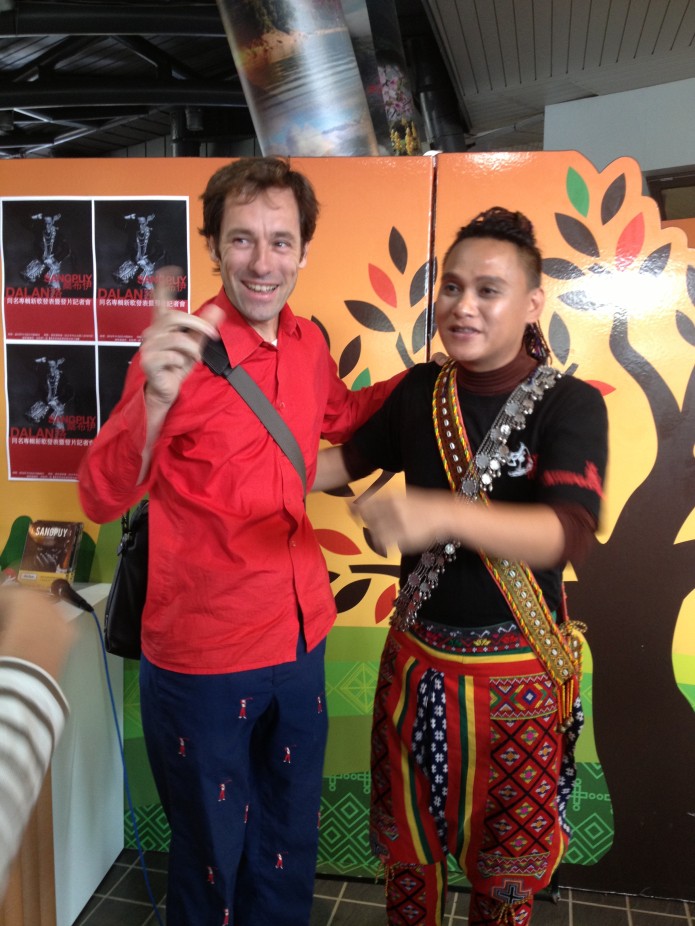 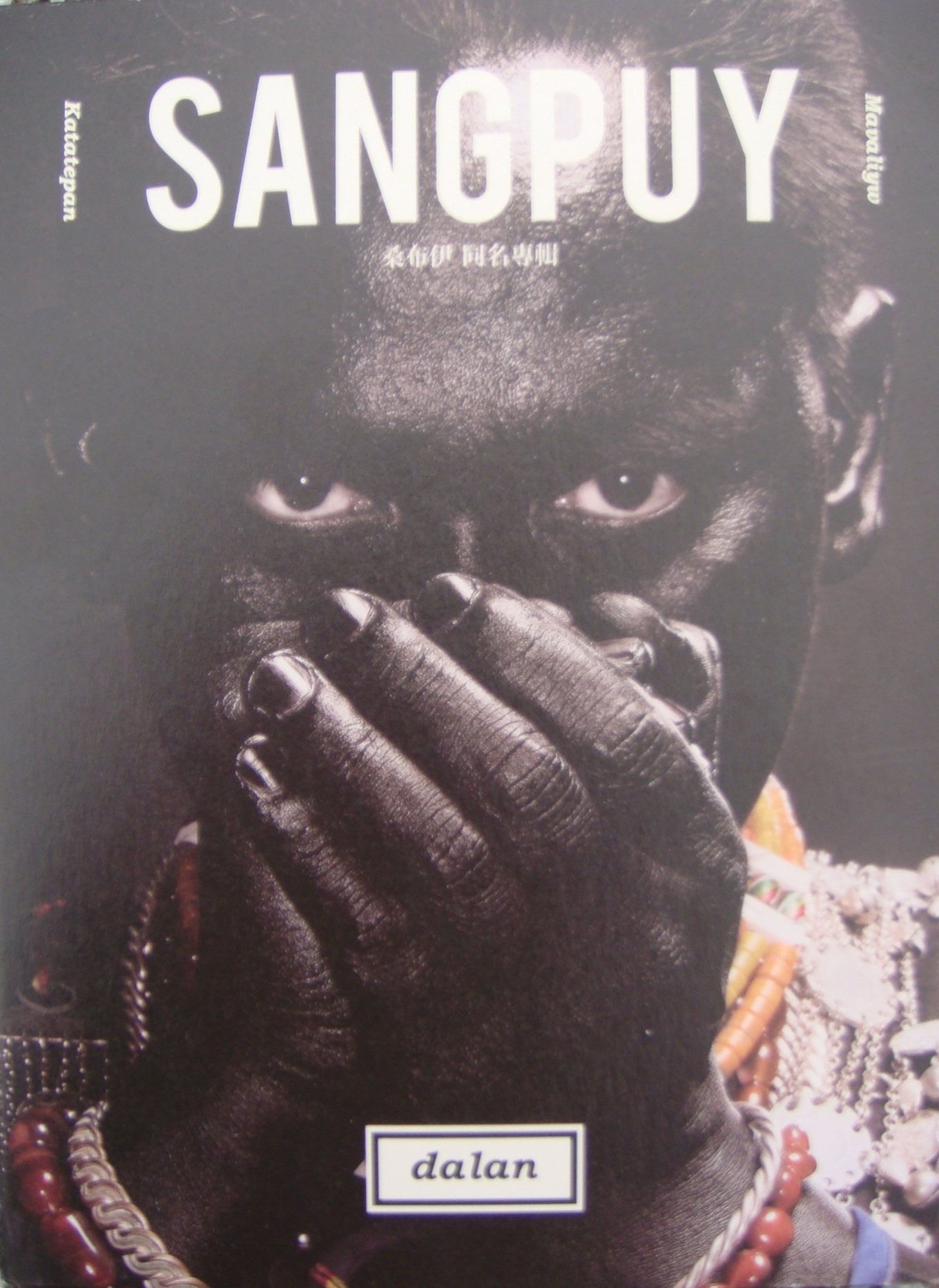 Today is a special day for the Katipul tribe in Jrben village, Taidong. It is the end of the Big Hunt Ceremony, an age-group ritual held every year where boys learn about hunting and traditional territory, the social system of the tribe, perform dances and songs in the night, and where respect is paid to elders and those who have suffered from loss and tragedy in the past year. Once I had the privilege to join the ceremony. That was in 2004, when I spent two months in Taiwan learning traditional songs and dances from the Katipul, Amis, Bunun, Saisiat and Tayal tribes.

I vividly remember those days spend down in the valley where the Jrben hotspring hotels are, at the riverside. It began with rituals in the village to mark the places of various historic events and to visit traditional tribal boundaries. Today, as then, the morning of the 31st of december marked the return of the men from their hunting camp. Women dress up beautifully to receive them, and a series of rituals is performed in an open field. 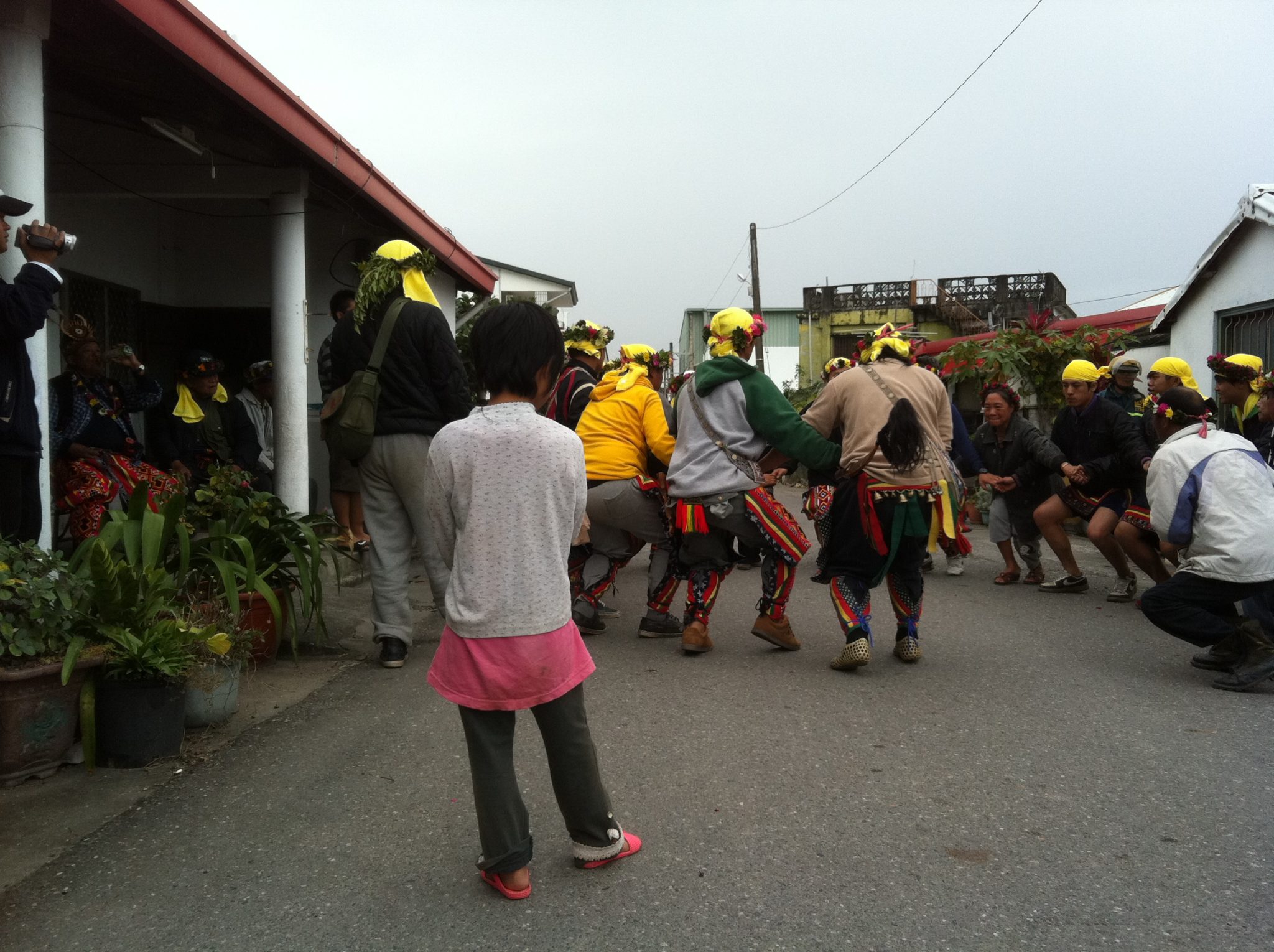 Later in the morning young men go through the community to visit private houses of those who lost a family member in the past year. At every courtyard the men line up in their traditional dress to perform a song and dance that ends the period of grieve and isolation of the widow or widower and other relatives. At times this is a very moving ceremony, where the tragedy of loss is felt by all present. The words spoken, and the songs and dances energetically re-enacted by beautiful and strong young men, provides genuine relief and consolation and shows how closely knit the Katipul community is. (for completeness sake, I should add that the cd uses ‘Katatripul’ instead of Katipul).

A central figure in the ceremonies, then and now, is multi-talented performer known by his tribal name as Sangpuy Katatepan Mavaliyw. He belongs to this rare species of individuals who tend to be the focal point for many people around them, whatever they do. They may be performers, they may be natural leaders, or they may be ruthless dare-devils. When such talents are bestowed upon someone already at a young age, it is easy to become engulfed in one’s own power. Not so with Sangpuy: it was clear, also in 2004 when he was in his mid-twenties, that he carried his responsibilities towards the younger age group and the elders. Sangpuy formed a natural bridge between elders, such as the much respected elder singer Valikay, and his own and younger generations. 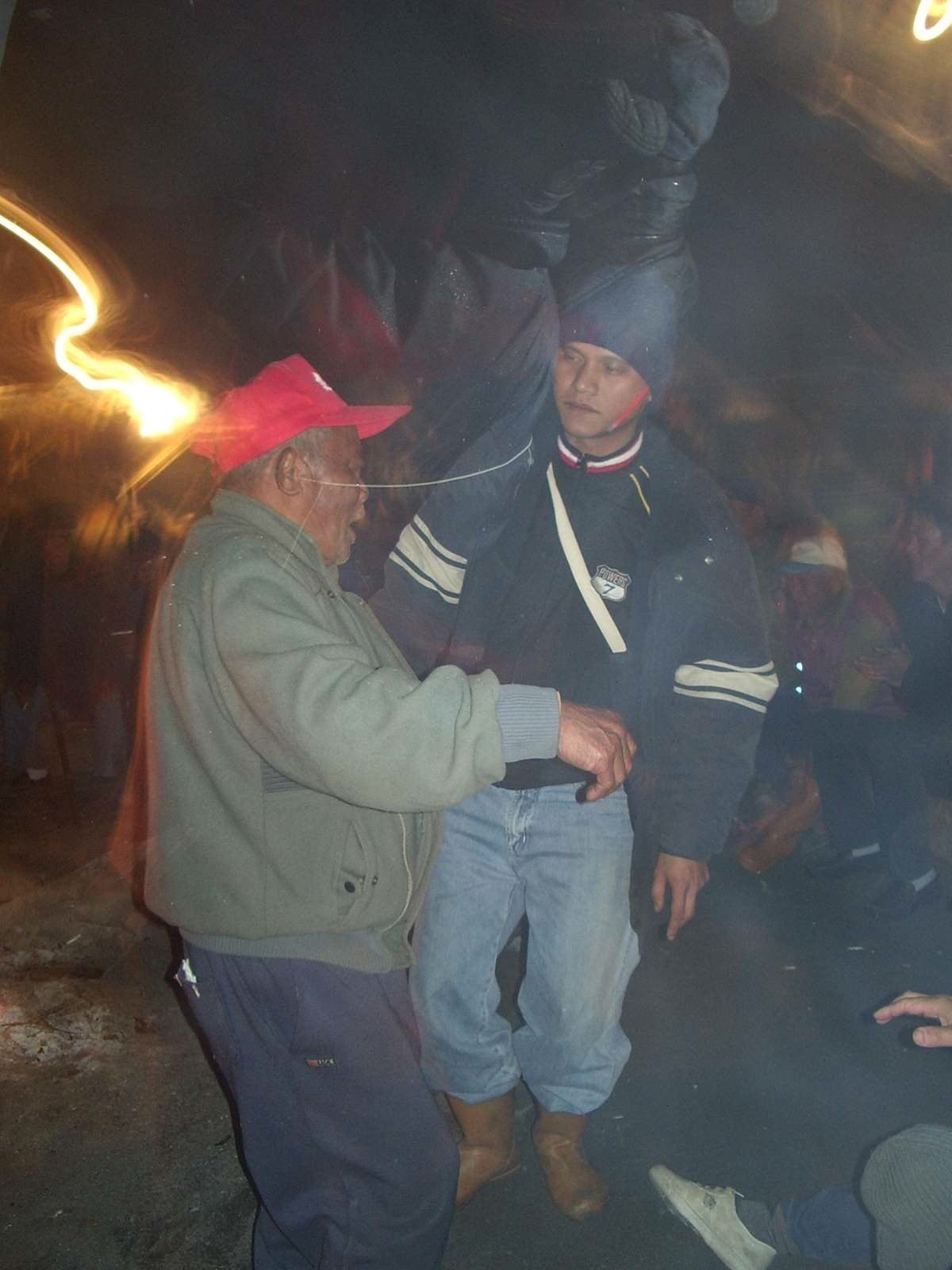 In 2004 Sangpuy taught me some of Katipul’s songs and dances, made a double-nose-flute (‘ma-omui’) for me and showed me how to play it. I did my best to learn a melody played by him for a year or so, but did not get very far, mainly because playing requires considerable control over a very small airflow coming out of the two passages of the nose. But Sangpuy quickly picked up some of my throat singing techniques and quatrain-singing from Tuva (Siberia), which he immediately transformed to quatrains and guttural sounds in his native tongue, causing roaring laughter from everyone present. 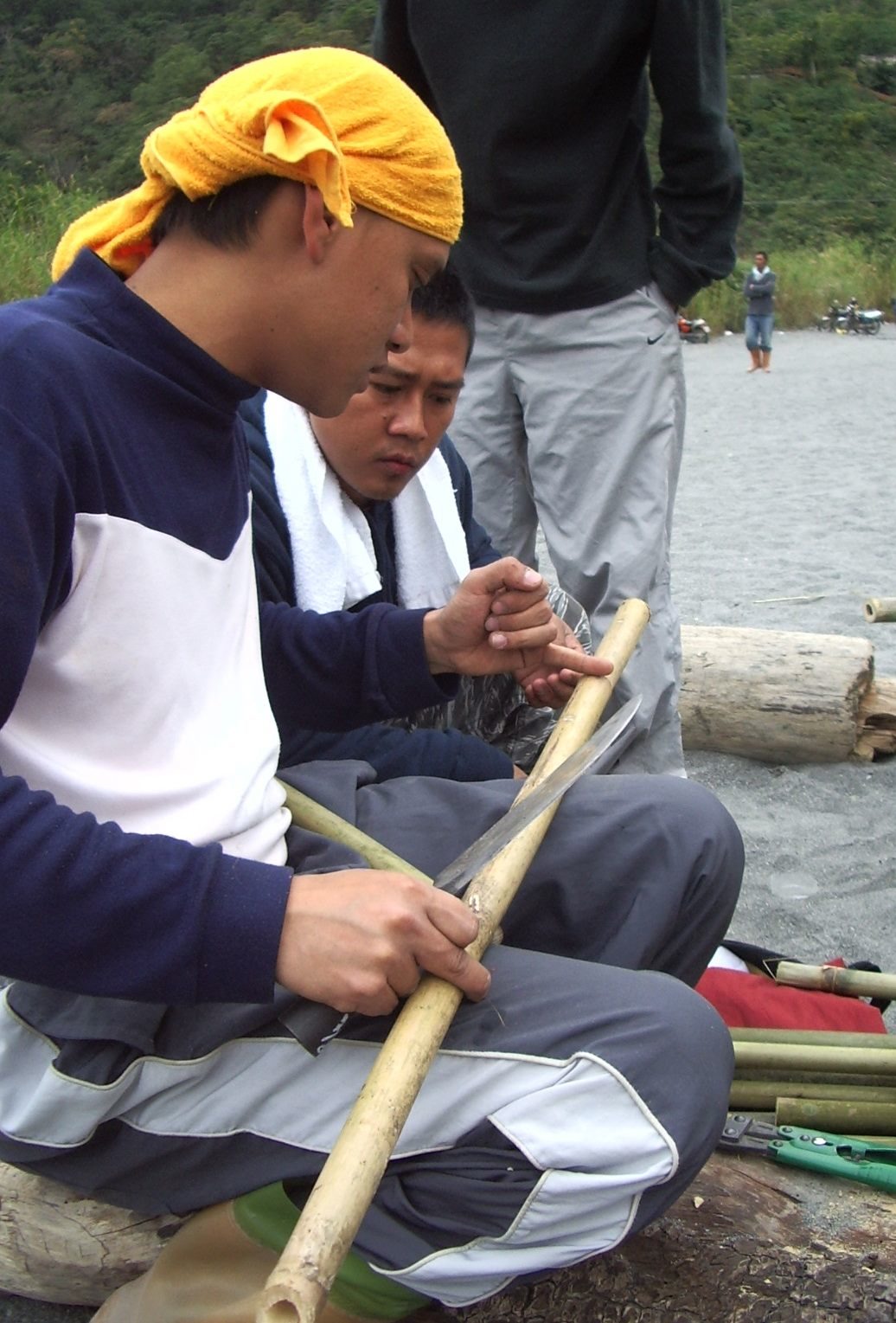 Making of the ma-omui double-nose-flute Sangpuy offered to me. As he writes in the cd, “Every hand-made nose flute is unique, exclusive, one and only.” (Photo by Mark van Tongeren)

I was struck by the ease and fluidity with which Sangpuy sang, by the pleasant sonority of his voice whether singing or speaking. Last year, when I visited the men coming back from the hunting camp, I saw an exhausted Sangpuy who had missed many hours of sleep (if he had slept at all), dragging himself from one ceremony or function to the next. His voice, though rough and tired, kept a convincing, natural power: there was no question that anyone else could take over his functions.

Already in 2004 I heard Sangpuy’s characteristic voice on several cds. During the Bihg Hunt Ceremony we often woke up at the river bank with a fine cd of his singing accompanied by guitar and a choral group. The night before we had heard him and the other men singing. I am lucky to have heard how Valikay at his old age could still produce his typical, forceful falsetto, either alone or alternating with Sangpuy and another elder singer, because several years ago Valikay has passed away.

Perhaps Valikay’s passing away is part of the reason why Sangpuy is taking his calling to a new level. He spend much time to set up his own studio, with the aim of producing a new album of his own music. About two months ago I received an invitation to the launch of this new cd, called Dalan. Upon arrival, and seeing the art-work, I noticed that Sangpuy had gone through a considerable transformation: he has adopted a new look and had enlisted the help of many others to produce a cd that is, again by the looks of it, ready to compete with top-quality world music acts. The cd-package is a gem, with fantastic photos and artwork in black, greys and browns, and extensive lyrics and texts in three languages. 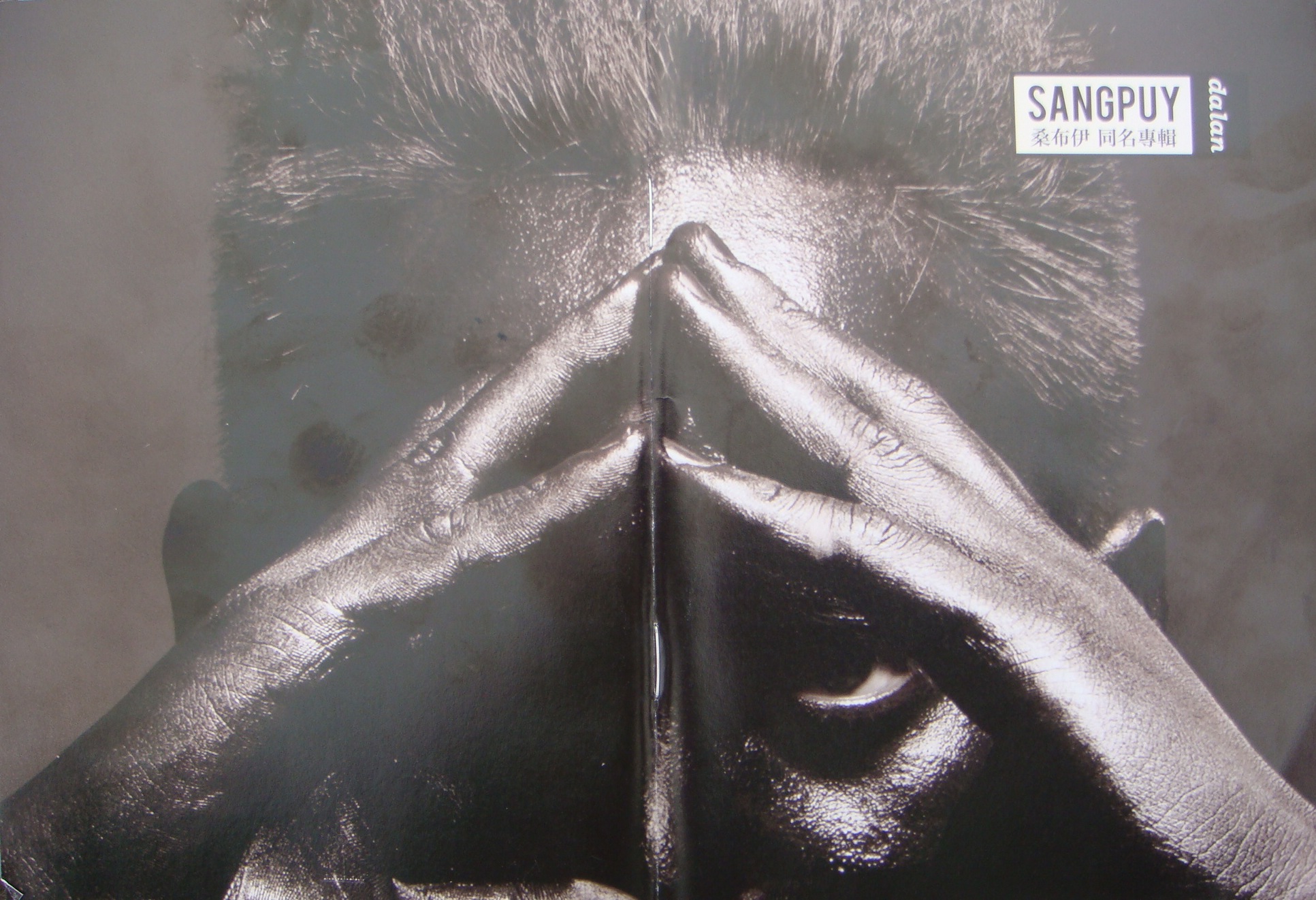 Artwork for the cd (photo courtesy of Katatepan Studio)

I wondered how much Sangpuy’s new path had changed his music. And I must say, he did an admirable job. He uses the possibilities of the studio and his network of music professionals sparsely and with intelligence. There is a grand opening theme song praising the Lord with big orchestral sounds, but there are also intimate solo songs and instrumental pieces. The dance song Malikasaw, a sort of ‘anthem’ for the Katipul, is captured with its characteristic, optimistic energy with a chorus responding to Sangpuy’s leading voice, and also in a minor-key version. In some traditional songs recordings of the voice of Valikay are blended in, creating a clever post-humous studio collaboration with a voice of the past. Several other sounds from the environment and social gatherings evoke the communal atmosphere of Katipul music and emphasise its deeply social nature. Acoustical music predominates on Dalan, but the closing song uses some looped samples and field recordings to great effect.

With Dalan, Sangpuy stays close to his roots, and focuses on boosting the production side of Katipul music compared to older cd releases. It is clear he will develop his artistic vision step by step, with a strong sense of commitment to his tribal lineage, but with a professional attitude toward the world music business. He wisely demands patience from admirers, of which there are plentiful, who wonder what other new musical directions or collaborations he envisions. Stay tuned! 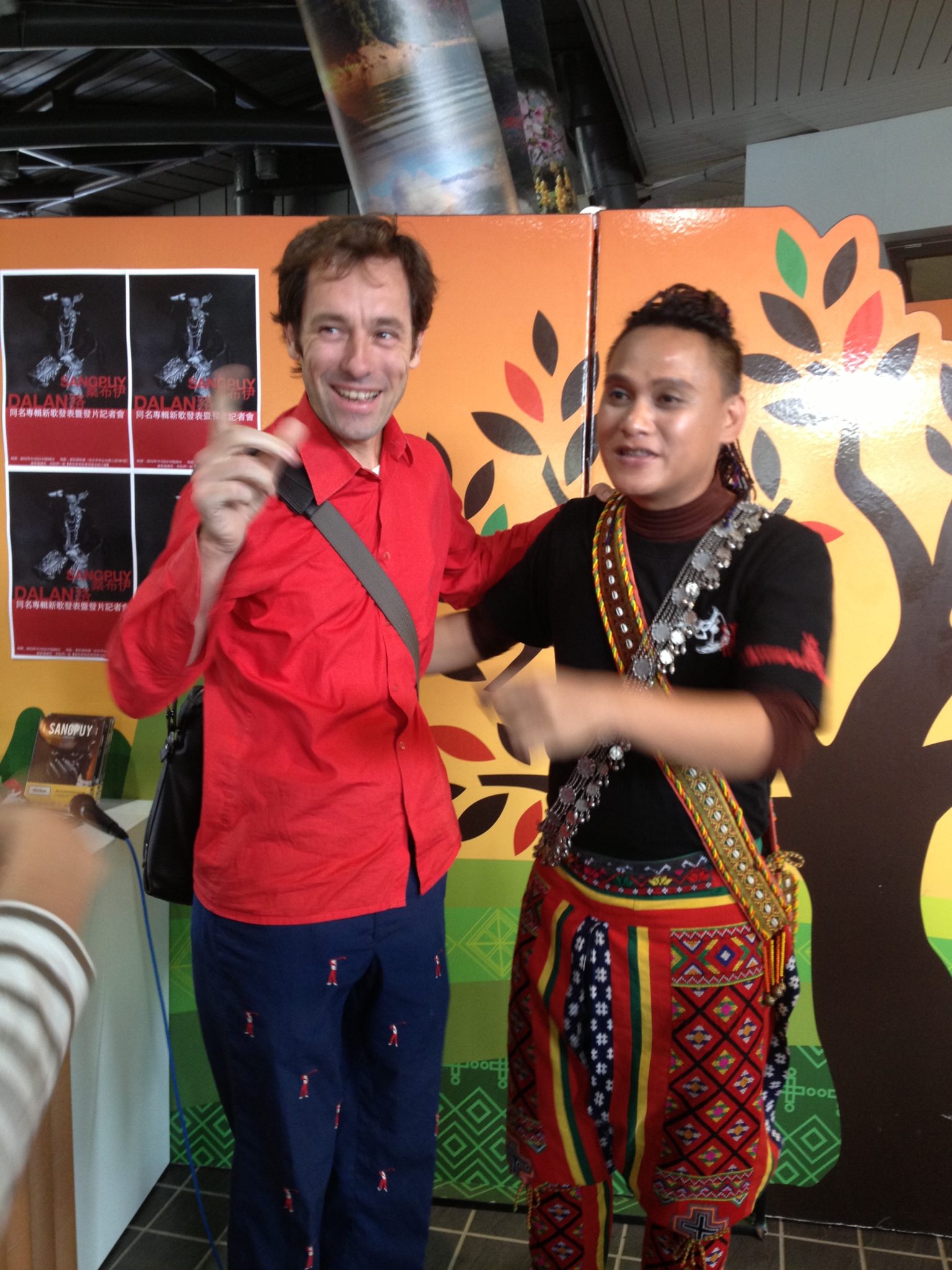 With Sangpuy at the cd presentation (photo by Hao Sheng-Hsin)

Distributed by / available through Wind Music