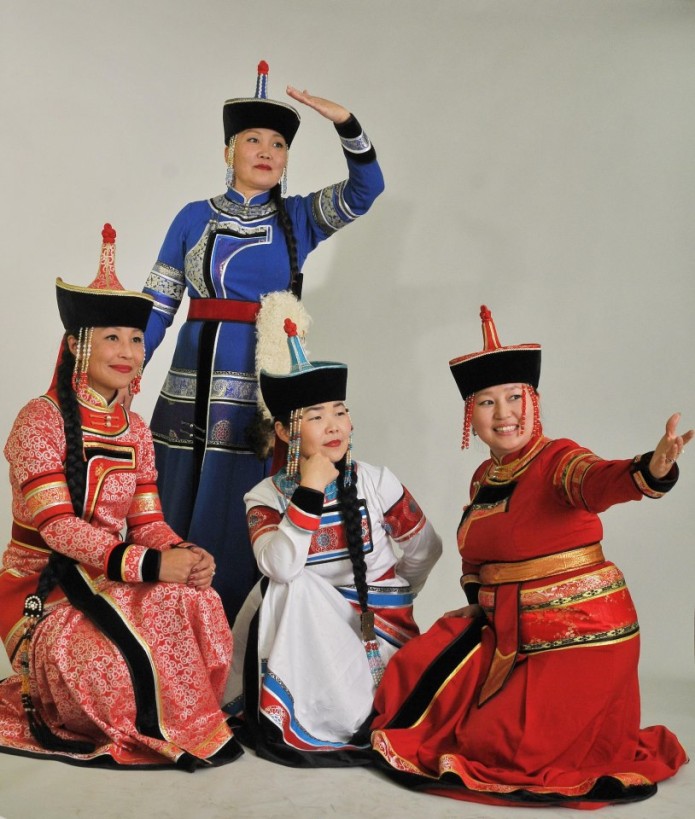 More than ten years ago I heard and saw Tyva Kyzy for the first time in Tuva, where they began their ascent to national and international fame. More than five years ago they were touring Europe, and I invited them to the Netherlands for some concerts and workshops. The performance hall at the Museum voor Volkenkunde in Leiden, where the concerts were held, could barely all the folk that came to listen these female throat singers. The workshops there and at the Royal Consevatory in The Hague were a big success.

I have special memories of their visit: my wife June was about to deliver a boy that we wanted to call Attar. This means (among other things) horses in Tuvan; a horse is traditionally one of the most valued possessions for a Tuvan.

One of the golden oldies of the ever lively Tuvan traditional music is Eki A’ttar, which means Good Horses. It also sounds the same as: Hello Attar! (ekii Attar).

And so Choduraa Tumat and her group performed the song Eki A’ttar for June and her baby. And it worked! The day after the concert in Leiden I had to stay home as June’s contractions started, so that I missed the workshop at the Royal Conservatory. The next day I our son Attar made his appearance in this world, healthily and filled with curiosity. Attar, too, is a litte more than five years old now.
Give these fantastic performers another warm welcome!

Listen to their beautiful music, or do a workshop in Antwerp!

For the die-hards Primitive Equations offers a special Tuvan-Tibetan New Year’s celebration, to round up the visit of these ladies from their Siberian home, 5000 kilometers straight to the East from Amsterdam.

And for those who cannot attend (like myself): Tyva Kyzy are the special guests at the Dutch TV program Vrije Geluiden, where they can be seen on Sunday March 4, and after that online on the highly recommended Vrije Geluiden Youtube channel (link will follow).