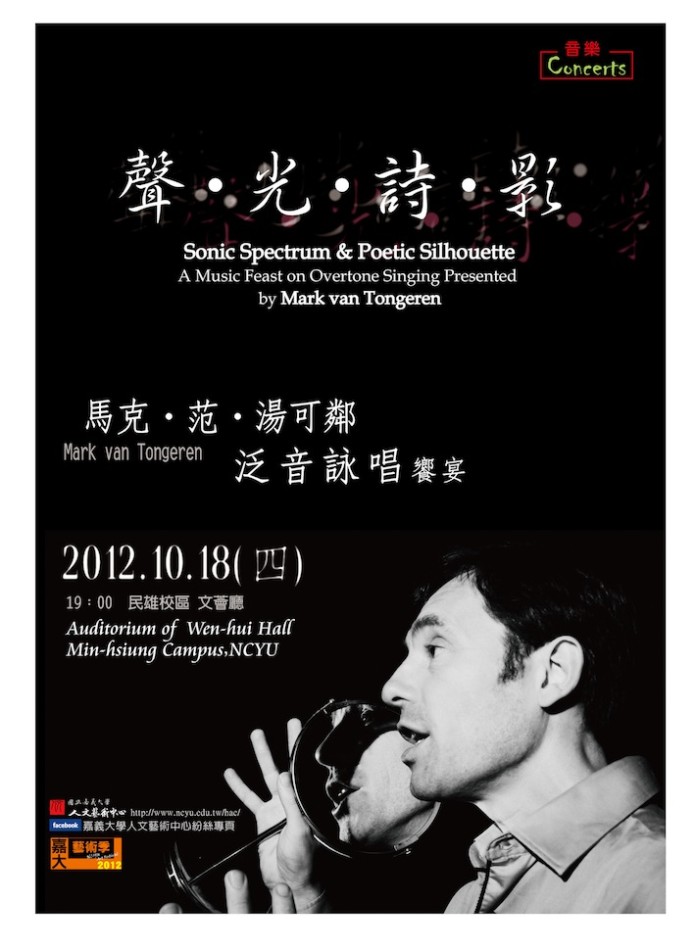 I present a soloprogram at the First International Arts Festival at the National Chiayi University, in Chiayi, Taiwan, October 18 2012.

Program description for the concert:

The twentieth century constituted a watershed of new vocal and sonic arts, and brought voices from distant times and places closer than ever before. And yet, in the twenty-first century the voice still retains its secrets. Vocalist Mark van Tongeren returns to the simple question: how does the naked voice of a single human being sound, when we strip everything away from it? As it turns out, a voice never comes alone. With his current theme The Polyphony of the Body, van Tongeren exposes the colourful, polyphonic nature of the singing human voice. Drawing upon his studies with traditional overtone singers from the Sayan and Altai mountains of South Siberia, extended-vocal techniques and sound poetry, van Tongeren’s performance moves from the introvert to the extrovert, from blissfull harmony to unpredictable noise. Instruments such as the shruti-box from India, Jew’s harps from Siberia and live electronics are his companions for Sonic spectrum and Poetic Silhouette.